Growing Pine Nuts – Is It Worth It?

Pine Nuts not only taste fabulous and are rich in protein, oil and a great source of vitamin B1 (thiamine), but what would pesto be without pine nuts?

These delicious nuts have been used in our diet for thousands of years - they were thought to have aphrodisiac powers back in Roman times. They were used in sausages, preserved in honey and even made into wine. Remnants of pine nuts were found in the ruins of Pompeii.

Whilst there are dozens of species in the Pinaceae family which have edible nuts, there are only 4 that are commercially cultivated. Pinus Pinea is the variety most commonly grown in NZ and originates on the Mediterranean coastline (Portugal, Spain and Italy).

These trees are ideal for exposed coastal areas - they have a strong tap root which penetrates deep into hard soils competing for valuable water over very hot dry summers. They cope admirably with salt laden air, high winds and winter temperatures down to -23C.

Whilst these trees seem almost invincible they won't tolerate wet soils - the tap root struggles to develop and the trees simply blow over. I am told they don't do well in alkaline lime soil but I successfully grew them on the lime pan country at Dairy Flat (just north of Auckland).

The trees are planted at around 100 trees to the hectare - in rows spaced 10m apart - giving access between rows for machinery. Consider your neighbours before establishing your plantation of pine nuts; they will reach around 15m in height (in some cases as high as 25m). I once gave a seedling tree to a friend in on the Whangaparaoa peninsula as a gift. After several years it reached un-neighbourly heights and had to be cut down to restore the suburban peace.

Once you've planted your trees, be patient, it will take about 6- 8 years for them to begin producing cones. Pine nuts are long lived trees which reach peak production at around 40 years. After the first 3 years it is a good idea to trim the lower branches to allow machinery ease of access. It also gives you the opportunity to graze sheep under the trees eliminating the need for mowing.

Once your trees begin producing your biggest challenge will be extracting the tiny nuts contained in the cone. The mature cones need to be hooked with long poles from the branches or harvested mechanically with tree shakers. Traditionally the cones are then laid on concrete or tarpaulins to dry in the sun and release the nuts. The theory is the nuts will fall out of the cone - in practice some will but the majority will need coercing out by running them through rollers, cracking off the shells. Then they need to be sieved to remove the kernels and brown skin.

Each cone holds around 50 nuts - 100kg of cones will yield around 20kg of pine nuts. Although little research has been undertaken in NZ, indications are that each tree should produce around 5kg of nuts in a season. Every 3 or 4 years they should crop heavily, tripling the yield to around 15kg. Retailing at over $50/kg in the shops this could be a future high earner.

Other names for Pinus pinea 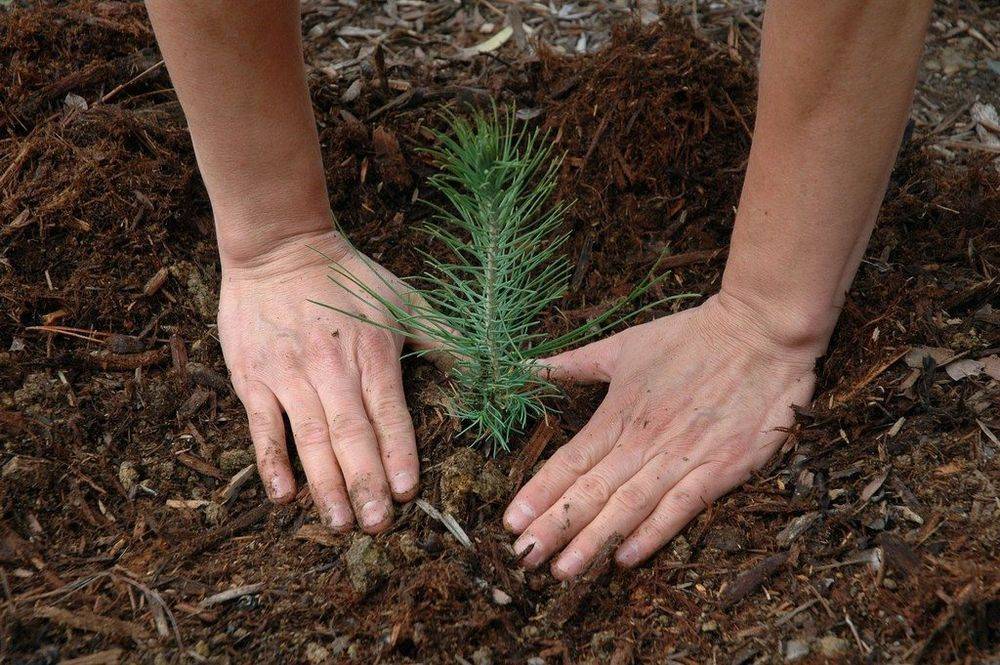 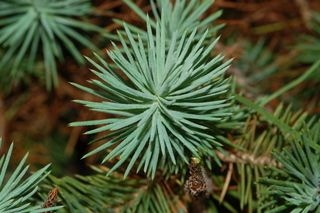 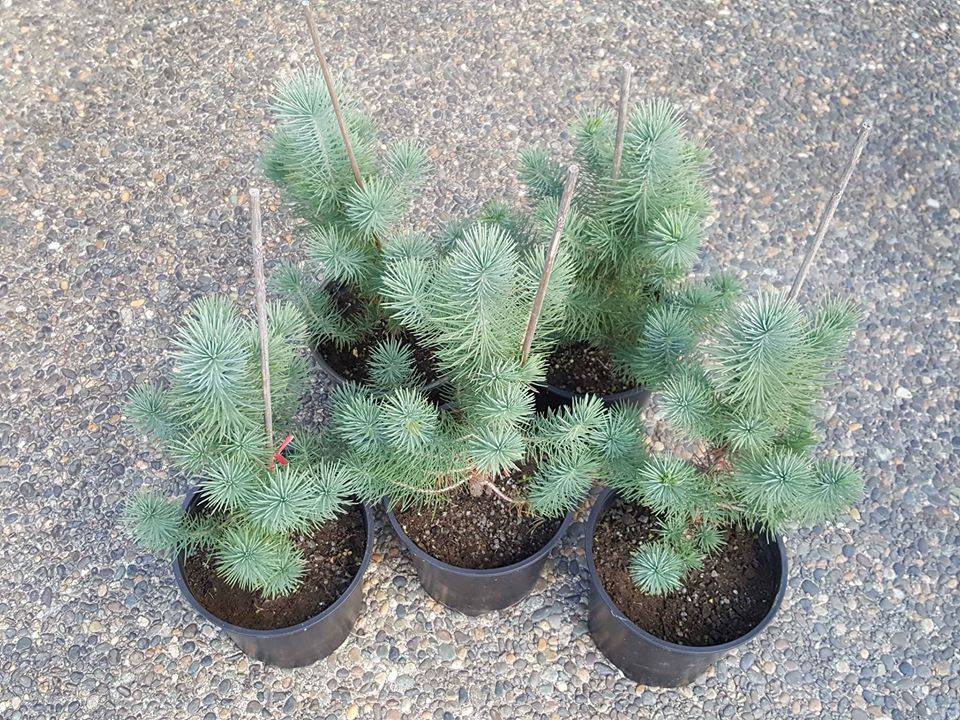 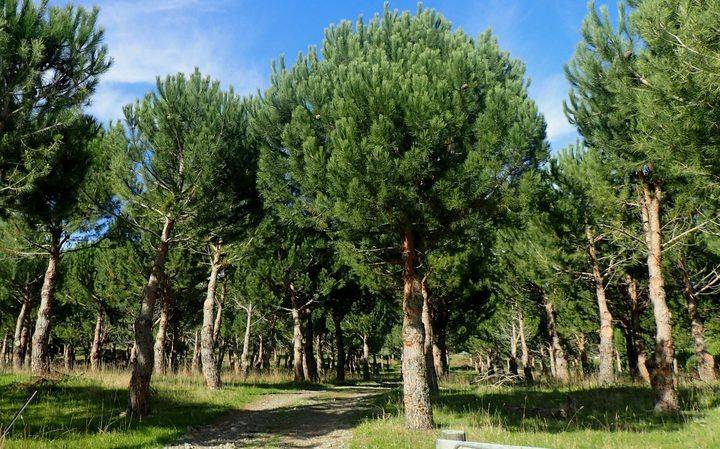 The evergreen tree is medium or large, reaching 15—25m high, with a broadly-arched, umbrella-shaped crown and horizontal branches. The often leaning straight trunk has a furrowed, reddish grey bark.

Needles are in twos, persisting for 2 years, stiff and light green. Cones are usually borne singly (occasionally in twos and threes) inclined downwards at the end of branches on stalks; they are nearly round, 80—150mm long, and up to 100mm wide; they ripen in their third year. Seeds are thick-shelled and dull brown with variable-sized wings. The tree is hardy to minus 12°C.

This tree comes originally from the Mediterranean area where the nuts have been used for centuries — shells have even been found in Britain in the refuse pits of Roman encampments. Italy is the main grower of this species and produces the bulk of the world supply. The seeds are especially valuable in Spain, Portugal and Italy, and are called pignolias.